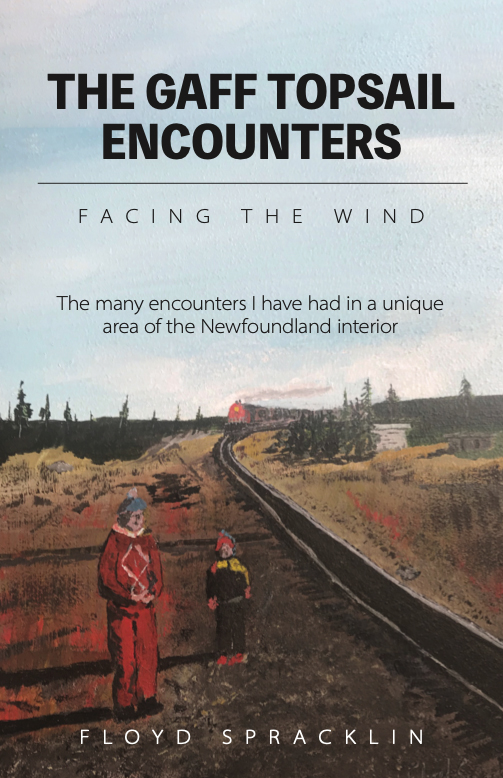 In the annals of Newfoundland history, The Topsails Region of central Newfoundland was notorious for horrendous winter storms that plagued the railway system, and bittersweet too because they rank as one of the island’s greatest natural wonders. The four Topsails, Main Topsail, Mizzen Topsail, Gaff Topsail and Fore Topsail, rise abruptly from the surrounding barrens and resemble sails of 19th Century sailing ships. Lichen and moss carpet the ground to provide sustenance for caribou and moose. Bears roam the barrens in search of berries. The ponds and streams are home to brook trout, and the immense waterways are home to a cornucopia of bird species. This rich natural tapestry has remained essentially untouched throughout the centuries.

The Gaff Topsail Encounters has opened new areas of knowledge and research concerning The Topsails, from railway hamlet to a small cluster of cabins still existing on the edge of wilderness. Floyd Spracklin has unearthed the true nature of life on the Topsails, the zenith of the railway, followed by decline, the hardships endured by residents, and the endless snow and wind that would shut the railway down for days at a time. Floyd has collected stories of railroaders, hunters, tourists, people such as myself, and 21st Century pioneers, all who yearn for the beauty of the Topsails and the wish to continue making The Gaff an integral part of their existence.

Excerpt from foreword by Michael Shufelt,