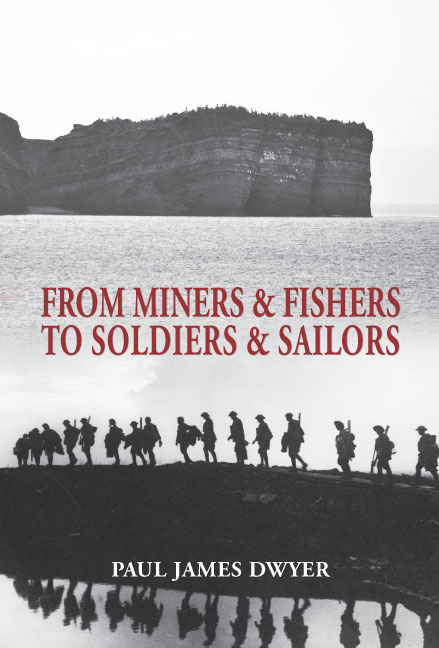 From Miners & Fishers to Soldiers & Sailors

When World War One began thousands of Newfoundland men responded to the call for help from Great Britain to assist in the war effort in Europe. This is the story of some 200 men from Bell Island who voluntarily enlisted to serve in the Great War.

Paul Dwyer was born on Bell Island and currently makes his home in Gander. After a 30-year career in education Paul became fascinated with the Royal Newfoundland Regiment. He spent four years researching  more than 200 men from Bell Island who voluntarily enlisted to serve in the Great War. The result is a book he says is for the people of Newfoundland and Labrador and specifically for the people of Bell Island wherever they may be in the world, as well as for the many communities that went to make up the Bell Island men, the boys and men who made the almost impossible transition from miners and fishers to soldiers and sailors. From Miners & Fishers to Soldiers & Sailors is Paul Dwyer’s debut book and it belongs on the shelves of every war buff, and indeed of everyone with an interest in how “Our Boys”‘ did in World War One.