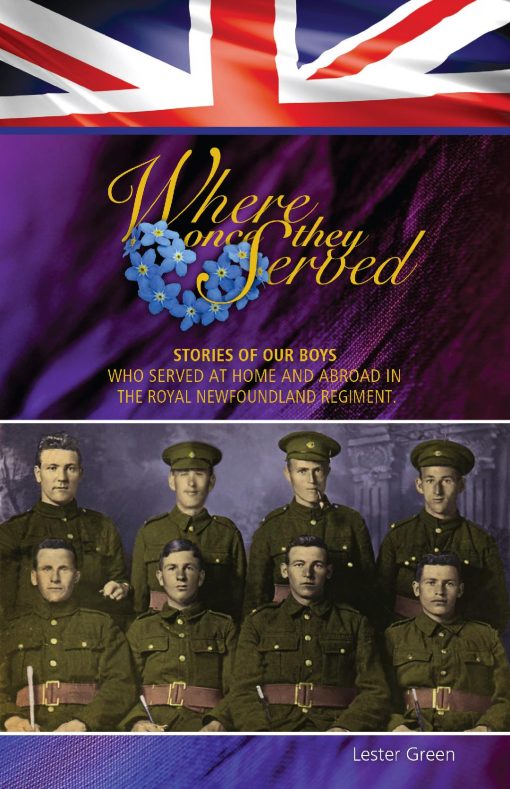 Where Once They Served

Lester Green is a man with a passion for history.

He is as well the researcher for the Southwest Arm Historical Society.

In 2015, he began researching boys from the Southwest Arm region of Trinity Bay who served in WW1.

His first book, Where Once They Sailed: Stories Of Our Boys Who Served in The Newfoundland Royal Naval Reserve, was published by DRC Publishing in 2019.

Where Once They Served is Lester’s second book and who better to tell readers about it than the man who wrote the foreword.

Edward Roberts, a former lieutenant governor and former honorary colonel of the Royal Newfoundland Regiment,  explains it well in the following excerpt from his foreword:

Where Once They Served: Stories of our Boys Who Served at Home and Abroad in the Royal Newfoundland Regiment is all-but unique.

Mr. Green has written the life story of every man from the Southwest Arm area who served in the British Army during the Great War.

Most such histories speak only of the military careers of those who are chronicled; Mr. Green has told his readers the tale of their entire lives.

of “OURS” – the men of the Newfoundland Regiment who won glory in the Great War.

It is a substantial and welcome addition to what we know about them… It is a story worth the telling and Mr. Green has told it well.