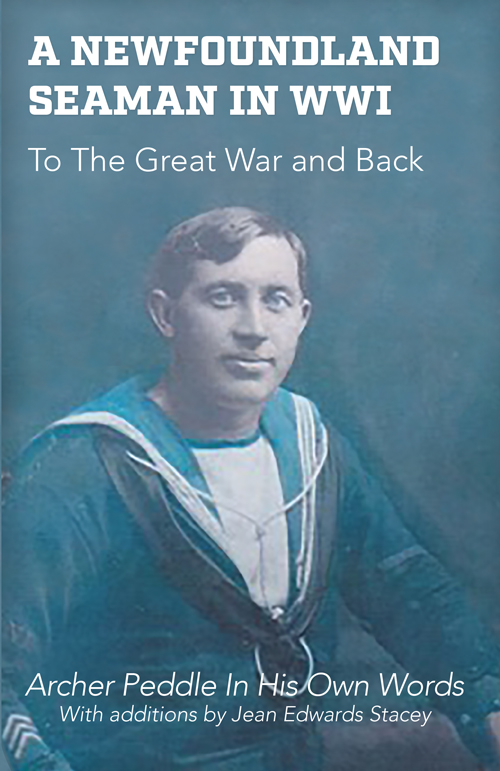 A Newfoundland Seaman in WW1:To the Great War and Back. Archer Peddle in his own words

Archer Peddle was 20 years old and fishing in Labrador with his father and brothers when the First World War broke out in August 1914. As a member of the Newfoundland Royal Naval Reserve, Archer was immediately recalled to HMS Calypso in St. John’s.

Within months, he had been sent overseas and was serving as an active member of the British Royal Navy on an armed merchant cruiser in the North Sea.

A Newfoundland Seaman in World War One. To the Great War and Back: Archer Peddle in his own words, is his fascinating story. (with additions by Jean Edwards Stacey)

It is a story that will take readers through the war from 1914 up to 1919 when he returned home to Hodge’s Cove, a community bordering Southwest Arm, not far from the town of Clarenville.