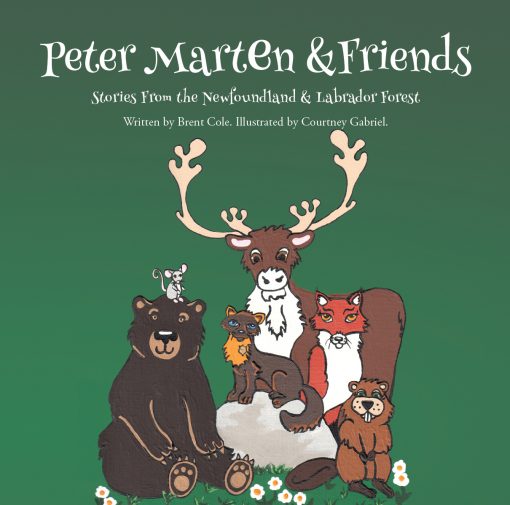 Peter Marten & Friends is a lovely story from the Newfoundland and Labrador forest which features Peter Marten, a pine marten who is also a game warden. Peter’s job is to protect all wildlife, including pine martens just like him. Written by Brent Cole. Illustrations by Courtney Gabriel. .

A beautiful children’s book written by Brent Cole and illustrated by Courtney Gabriel. Brent Cole was a Newfoundland wildlife officer for 17 years. During that time he was involved with various projects working with a variety of Newfoundland animals, including the endangered Newfoundland Pine Marten. This book is about Peter Marten, a pine marten who is also a game warden. His job is to protect all wildlife, including pine martens just like him.

This is Brent’s second book. In his first book, Into the Mist: a New Dawn, A New Day, he described his ordeal after a moose-vehicle collision which rendered him a quadriplegic. Sadly, Brent died suddenly but peacefully in St. John’s on April 2, 2016. He was 51.

Courtney Gabriel is an artist and teacher who currently lives in Conception Bay South with her family.