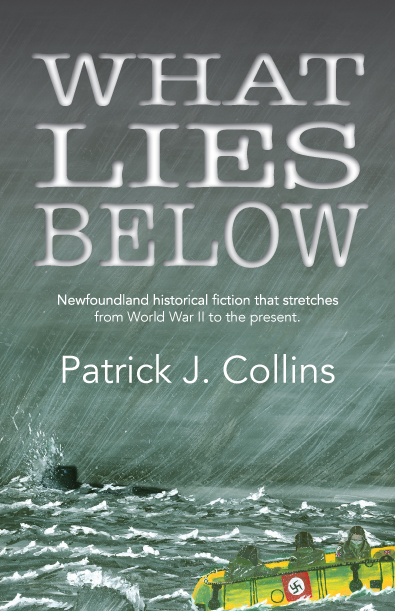 A compelling story that will live long in memory

Petty Officer John Kelly of the British Royal Navy arrives in the coastal port of Harbour Grace on an L27 submarine, haunted by his part in a shadowy execution on the Atlantic Ocean.

He seeks reprieve inside the Archibald Hotel, where he meets Madonna, a vivacious servant girl from Riverhead, Harbour Grace’s nearby Catholic quarter. Soon after, their blossoming love offers John a chance for salvation, but in this fiercely tribal town, secrets never lie far below the surface—and atonement is paid for in blood.

Seamlessly weaving fact with fiction in his hallmark style, Patrick Collins uses the little-known history of Harbour Grace’s wartime High Frequency/Direction Finding Radar Base to create a compelling story that will live long in memory.

What Lies Below is consummate Newfoundland historical fiction that takes readers from World War II to the present.