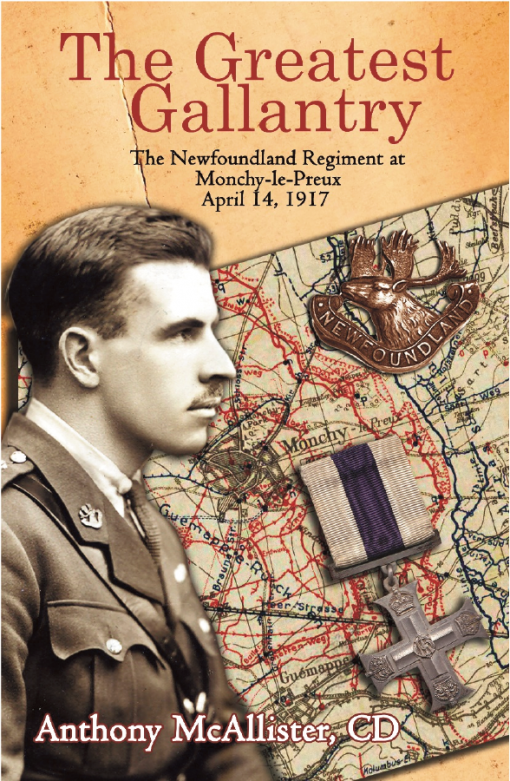 The Greatest Gallantry: The Newfoundland Regiment at Monchy-le-Preux by Anthony McAllister. On April 4, 1917, nine gallant soldiers from
the Newfoundland Regiment stood directly between the Germans and the French village of Monchy-le-Preux, one of the most vital positions on the battlefield. This is the compelling story of that small band of soldiers who, fighting against overwhelming odds and expecting death as their reward,
turned defeat into victory at the end of that day. Anthony McAllister has been a member of the Royal Newfoundland Regiment for 27 years. In 1998, he was appointed as the Regimental Historian.