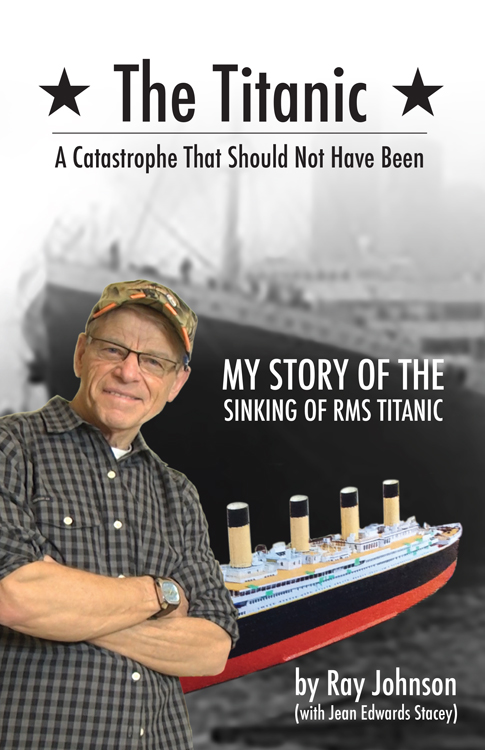 The Titanic: A Catastrophe That Should Not Have Been

Ray Johnson presents his story of the sinking of RMS Titanic

On April 15, 1912, the Titanic, at the time the largest and most luxurious ship in the world, struck an iceberg and sank about 400 miles SSE of the island of Newfoundland, taking more than 1,500 passengers and crew to a watery grave.

In this book, Ray Johnson, a member of the well known comedic trio Buddy Wasisname and the Other Fellers, presents his story of the sinking of RMS Titanic, a catastrophe that should not have been.Co-author is Jean Edwards Stacey, a former journalist and author.

Ray’s fascination with the Titanic began in 1959 when he saw the movie A Night to Remember. His continuing interest led him  to become a member of the Titanic Historical Society and to construct a 6-foot model of the so called Ship of Dreams that is featured on the book’s front cover.

The story of the Titanic is one that continues to fascinate the world. This book, which includes new information, as well as a list of known passengers and crew on the ship’s maiden voyage and whether or not they survived, is guaranteed to intrigue.