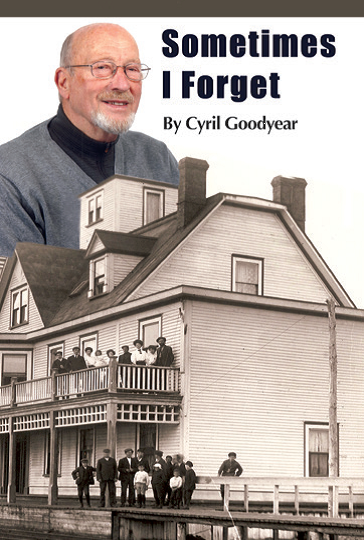 Cyril Goodyear’s memoir, greatly aided and abetted by the diaries he’s kept all his life.

Cyril Goodyear grew up in Deer Lake and continues to live in the west
coast town in his retirement. Cyril has had many careers throughout
his eight decades of life. He served in the RCAF during World War Two,
went on to become a member of the Newfoundland Ranger Force, and
then an officer in the RCMP. He became a lawyer and a judge. He was
chief judge of the provincial court in Newfoundland and Labrador. He
was Deputy Attorney General, Deputy Minister of Rural, Agricultural and
Northern Affairs and Registrar of the Supreme Court of Newfoundland
and Labrador. He retired in 1989 and went on to be elected mayor of
Deer Lake. This book is his memoir, greatly aided and abetted by the
diaries he’s kept all his life.